The family trust is a popular structure to hold the family assets, for good reason. It allows your family to:

However, there are costs involved in establishing and maintaining the trust, and tax disadvantages in certain specific situations. If a trust makes sense for you, Kai Legal would love to help you set yours up.

A discretionary family trust creates a legal relationship in which the person in charge of the trust (the ‘trustee’) holds assets (usually property, shares and other financial assets) for the benefit of the family members benefiting under the trust (the ‘beneficiaries’).

The trustee(s) decide each year which beneficiaries will receive income or capital from the trust assets that year. The distribution is flexible, and can change year to year, so you can always distribute it in the most tax efficient way.

Family trusts also flexibly deal with changes in the family and the financial circumstances of the family members over the years. They can simplify the financial aspects of big changes like marriages, divorces, changes in income, bankruptcies and deaths.

John and Jenny live with and take care of Jenny’s elderly parents, who have no incomes. John and Jenny both have jobs paying $80,000. John also has shares and investment properties in his own name that brought in $100,000 net income this year.

Note: This example does not take into account other tax offsets, levies, etc that may be applicable when calculating the income tax payable.

The income tax benefits of family trusts are generally greatest where family members earn significantly different levels of income, or unpredictable amounts of income. For example, where there are retired parents, adult children who are studying, or spouses working part-time or who are self-employed.

There is a stamp duty exemption in Victoria for transferring property from a family trust to a beneficiary. This is very significant, for example, if you think you might want to transfer some property to your children in the future.

John and Jenny’s daughter Elly is getting married, and they want to give Elly one of their investment properties as a wedding gift.

If the property is worth $1 million, and it was held in John’s name, then Elly would have to pay the normal stamp duty of $55,000 to get the property.

The family trust is a separate legal entity from its trustee and all of the beneficiaries. A beneficiary does not have any ownership interest in any of the trust assets unless the trustee has distributed the interest to the beneficiary.

This means that if any family member is personally sued, or faces bankruptcy, divorce or separation from a de-facto partner, the assets in the family trust are generally protected and not exposed to the legal proceedings.

However, note that in some cases where the beneficiary being sued or divorced is also the trustee, and has been using trust assets exclusively as if he or she owned them, the law is likely to treat those assets as if they actually belonged to him or her.

John and Jenny’s son Ben runs a café that unfortunately is unsuccessful, and his creditors sue him for what he still owes them.

If Ben owned any of the family’s assets in his own name, such as a parcel of shares, his creditors may be able to get a court order for him to sell the shares to pay them.

If the shares were held in a family trust instead, they would be protected from the creditors.

Who are the key people in a trust?

The trustee administers the trust and controls its assets. The trustee can be:

The main benefit of having a company trustee is that if there needs to be a change in the people controlling the trust as trustee (for example, due to illness or death), it is usually easier and cheaper to do so when the trustee is a company.

Family trusts usually have as its beneficiaries immediate family members within two generations, and also include the trustees, uncles, aunts, nephews and nieces.

Most trusts are set up so that future children, spouses and other relations are automatically included as beneficiaries.

There must also be an independent ‘settlor’ (usually a family friend or a lawyer) to help set up the trust by giving a small gift (usually $10) for the benefit of the beneficiaries, and signing the trust deed with the trustee.

Most family trusts also have an appointor, who ultimately controls the trust. The appointor has the power to appoint and remove a trustee, and is usually the same person as the trustee. Most trust deeds are also drafted so that the prior consent of the appointor is required before the trustee can exercise certain powers, such as varying the trust rules or excluding certain beneficiaries.

What are the up-front costs?

Stamp duty of $200 is payable when the trust is first established.

If the trustee is a new company, the current ASIC fee for setting up a company is $457.

What are the ongoing costs?

The costs of running of a family trust includes:

Despite the potentially large income tax benefits of family trusts, there are situations in which trusts are given disadvantageous tax treatment.

Land in Victoria that is worth less than $3 million and held through a trust is subject to a higher rate of land tax of up to 0.375%. For example, land with unimproved value of $600,000 held in a trust would be subject to an extra $1,963 in land tax every year than land held ‘normally’.

You also generally cannot claim the principal place of residence exemption from capital gains tax for property held in a trust, nor a first home owner’s grant, so it is generally unsuitable to hold the main family home in the trust.

The same separation of ownership that protects trust assets from court action and bankruptcy can also be a disadvantage. Even if you are a trustee, you cannot deal with the trust assets as your own: you have to agree with the other trustees (if any) on how to deal with them, and you are required to consider the interests of all the beneficiaries in accordance with the trust deed. If you don’t do so, a disgruntled beneficiary may challenge your decision in court. 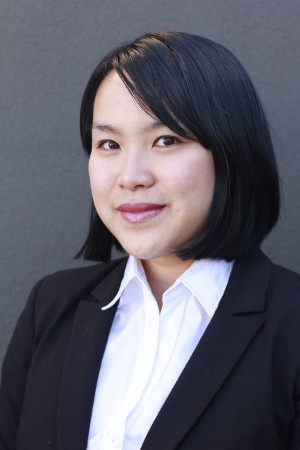 Lucy is an experienced tax lawyer and chartered accountant, having worked for many years at the Victorian State Revenue Office, Australian Tax Office and KPMG. Her particular area of expertise is property-related taxes.

Call us on +61 3 9041 7733 if you would like to find out more. You should also speak to your financial adviser if you are not sure whether a family trust is right for your financial situation.

You can see our related services for family trusts on our services page.

Kai Legal publications provide general information, and are not legal advice. These are not complete summaries of the law, and only touch on select points and scenarios that may be relevant to our readers.